Background. Sepsis as the response to an infection includes such a developmental stage as multiple organ dysfunction syndrome. In 70 % of cases, cerebral dysfunction is one of the first symptoms of sepsis-associated multiple organ dysfunction syndrome before clinical manifestations in other life support systems. Sepsis-associated encephalopathy is a multifocal dysfunction of the brain in the presence of an infection, accompanied by manifestations of systemic inflammation, but without clinical and laboratory evidence of a direct involvement of the infection in brain damage. Depending on the criteria on which the diagnosis is based, cerebral dysfunction-insufficiency can be detected in all patients with sepsis. The degree of its severity correlates with an increase in the severity of the septic process. Sepsis-associated dysfunction-failure may be an independent predictor of morta­lity. The severity of cerebral dysfunction-failure ranges from lethargy and/or disorientation to coma. The purpose was to study the effect of the main provisions of the International Guidelines for Ma­nagement of Sepsis and Septic Shock: 2016 with additional neuroprotection with Gliatilin on the course of the septic process and the severity of encephalopathy in the structure of multiple organ dysfunction syndrome. Materials and methods. In 2010–2015, we conducted a controlled prospective randomized cohort study at the clinical base of the Department of Anesthesiology and Intensive Care of the State Institution “Dnipropetrovsk Medical Academy of the Ministry of Health of Ukraine” and the Department of Intensive Care of Sepsis at Mechnikov Dnipropetrovsk Regional Clinical Hospital. The study included 22 patients. All of them underwent routine laboratory tests to determine the level of clinical and biochemical markers of systemic inflammation and organ dysfunction according to the Sequential Organ Failure Assessment score and Lausanne Intestinal Failure Estimation. The Glasgow Coma Scale was used to assess the level of consciousness. The concentration of cytokines (tumor necrosis factor α, interleukins 1, 4, interferon α) in the blood serum was studied by the enzyme immunoassay. Basic intensive care was carried out using the main provisions of the International Guidelines for Management of Sepsis and Septic Shock: 2016 with the additional use of the neuroprotective drug Gliatilin (choline alfoscerate) — 1,000–3,000 mg/day, which is dissolved in 0.9% sodium chloride solution, for 5–10 days. The study of indicators was carried out in four stages, on days 1, 3, 5, 7. Results. Summarizing the results of the study, we can say that on the fifth and seventh days, there were no clinical manifestations of the systemic inflammatory response syndrome in more than 75 % of patients; the severity of the condition according to Acute Physiology And Chronic Health Evaluation II system decreased by 72.5 and 74.5 % (p < 0.001) and the severity of the syndrome of multiple organ failure according to Sequential Organ Failure Assessment score decreased 9 times (p < 0.001), according to the stages of the study. Cerebral insufficiency assessed by the Glasgow Coma Scale was 15 points on the fifth and seventh days of the study, which corresponded to the level of clear consciousness in more than 75 % of patients. The above was observed against the background of a trend towards balanced activity of pro-inflammatory and anti-inflammatory links of the cytokine system, as evidenced by the maximum levels of tumor necrosis factor α and interferon α on the fifth day of observation with a decrease in the concentration of interleukin 1 by 55.8 % compared to baseline. The predicted mortality in patients of the second group was 51 %, the actual mortality was 7.5 %. So, carrying out this intensive care helped reduce the estimated mortality by 43.5 %.

Authors, who are published in this journal, agree with the following terms: 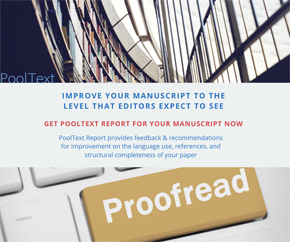